The Moroccan Shepherd dog is one of sheep dogs breeds belong to the chain of large working dogs, which characterized by its intelligence, as this breed was born in the north Africa especially in Morocco to guard and to care for the sheep flock. And the Moroccan Shepherd dog needs an active lifestyle. And it is considered an ideal companion and protector.

The Moroccan Shepherd dog is characterized by its dedication to protecting its family, also its loyalty to it, and its control of any questionable or suspicious behavior, especially by strangers, and although it is familiar with other animals like sheeps, and it used to herding and to take care of them, it may be dominant and firm with other dogs, and it is indicated that the Moroccan Shepherd dog is very smart. And is able to do many tasks for example herding, hunting, protecting .

The Moroccan sheepdog is characterized by its double-coat fur, which is thick and dense, and may be wavy sometimes, and the color of its fur is mix of black and white. Sometimes the whole fur is black, and others white, that depend on the color of his or her parents. In addition to that the Moroccan Shepherd Dog is tall and large in size. Ranging in length from 56 cm to 66 cm, this type of dogs characterized by their speed, lightness of movement, moreover this type are very flexible.

Moroccan sheepdog characterized by eating two types of food the first one is from animals origin like: meat, chicken, birds, fish and so on.
The second one is from vegetal origin such as bran mixed with boiled water.
the mentioned food is food that you can preper at home. And there are food which are ready in the supermarket, which has prepred by sepcial compnies.

Usually the sheepdog have some health problems, which are hereditary in the strain, such as the following: Thigh joint malformations, Malfunction of the elbow tissue, Stomach expansion, and Spinal cord abnormalities.
In the addition to Itching , louses.
So the sheep herders should keep watching their dogs health from while to another. 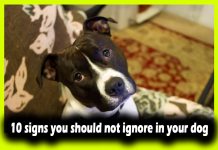 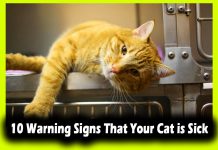