Turkey is a state located in the Middle East. It is bordered to the north by the Black Sea and Georgia, to the east by Armenia and Iran, to the south by Iraq, Syria and the Mediterranean Sea with a maritime border with Cyprus, to the west by the Aegean Sea, Greece and Bulgaria. She is a member of the Black Sea Economic Cooperation Organization. It is one of the famous touristic places , its lovely place for tourists , and it characterized by it soft weather and landscapes in addition to hotels and palaces , museums and so on.

The coastal areas of Turkey overlooking the Aegean and the Mediterranean Sea have a temperate Mediterranean climate, with hot and dry summers and mild to cold and humid winters. The coastal areas of Turkey overlooking the Black Sea have a warm, humid ocean climate in summer, cool and wet in winter. The largest amount of rain falls on the Turkish coast of the Black Sea, the only region in Turkey with high rainfall. Precipitation in the east of the coast is 2,500 millimeters per year, the highest rainfall in the country.

Winter on the mountains. Temperatures from -30 to -40 degrees Celsius can occur in the eastern Anatolia region, and ice stays on the ground for at least 120 days of the year. In the west, the average winter temperature is below 1 ° C. Summers are hot and dry, with generally higher temperatures of 30 ° C per day. Annual rainfall averages 400 millimeters (15 inches). The driest month is Konya Plain and Malatya Plain, with annual rainfall often less than 300 millimeters (12 inches). May is the wettest month, while July and August are the driest.

Turkey fascinate many people by its beauty, and it diverse food and cakes ,and its suitable for couples and families . What ever the reason of the vacation is turkey stay a best choice so what are the best places in turkey ?

We will start the tourkish tourist from Istanbul, which is one of the ancient city. When you walk in the city you will see Roman, Byzantine and Ottaman palaces, mosques, churches, walls, and the blue mosque dominate the skyline.

Is a modern city and ancient history, you will find boutique hotels, you can visit the spectacular Duden or kursunlu waterfalls. you can also heading up the mountains.

Is a beach retreat ,and incredibly biologically diverse national park rich birdlife . this beach is voted one of the top beaches in the world.

Is the capital of turkey, after Istanbul Ankara is the country’s second largest city. It has Historically been a vital of trade. The historical of Ankara is situated upon a rocky hill, which made it 150 above the plain.

Is a beatiful place of sun, sea and sand .has modern hotel, cafes, and qality fish restaurants.

Is a traditional market in turkey that spread around beatiful natural harbour on a wide bay. It has a  traditional lifestyle.

You can also go to the  Mountain of Ararat (Agri Dagi) which considered as the highest peak in Turkey at 5165 meters (16946 feet). 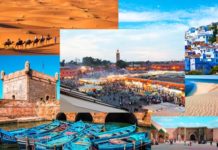 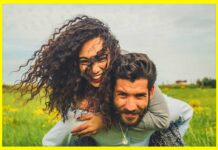